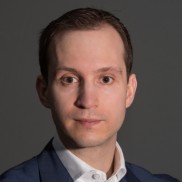 Dalibor Rohac is a research fellow at the American Enterprise Institute (AEI), where he studies European political and economic trends. Specifically, he is working on Central and Eastern Europe, the European Union (EU) and the eurozone, US-EU relations, and the post-Communist transitions and backsliding of countries in the former Soviet bloc. He is concurrently a visiting fellow at the Max Beloff Centre for the Study of Liberty at the University of Buckingham in the UK and a fellow at the Institute of Economic Affairs in London. Before joining AEI, Rohac was affiliated with the Cato Institute’s Center for Global Liberty and Prosperity, the London-based Legatum Institute, and the Center for the New Europe in Brussels. He has also worked in the office of the president of the Czech Republic in Prague. Rohac’s analyses and commentary have been published widely in the media, including in the Financial Times, New York Times, Daily Telegraph, Wall Street Journal, and many other outlets. His scholarly articles have been featured in professional journals, among them Constitutional Political Economy, Economic Affairs, and the European Journal for the History of Economic Thought. His first book, Towards an Imperfect Union: A Conservative Case for the EU was published by Rowman & Littlefield in May 2016. He received his PhD in political economy from King’s College London. Previously, he was educated at University of Oxford, George Mason University, and Charles University in Prague.