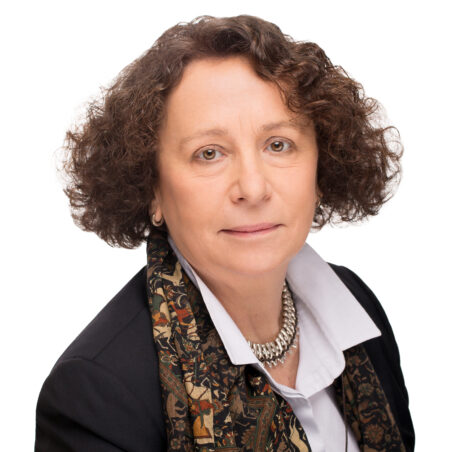 Ana Palacio was the first woman to serve as Foreign Minister of Spain, from 2002-2004. Before this, she was a member of the Spanish Parliament, where she chaired the Joint Committee of the two Houses for European Affairs. She also served as a member of the European Parliament, where she chaired the Legal Affairs and Internal Market Committee, the Justice and Home Affairs Committee and the Conference of the Committee Chairs, the most senior decision-making body on legislative policy and programs. As the Head of the Spanish Delegation to the European Union’s Intergovernmental Conference and a member of the Presidium of the Convention, Ms. Palacio was at the forefront of the debate on the future of the European Union and drafted and led legal discussions on the European Treaties reform.

Ms. Palacio also served on Spain’s Consejo de Estado (Council of State), and as Senior VP and General Counsel of the World Bank Group, as well as Secretary General of the ICSID – International Centre for Settlement of Investment Disputes.

In the private sector, Ms. Palacio was a member of the Executive Committee and Senior VP for International Affairs of the nuclear energy leader AREVA, and she currently sits on the corporate boards of Enagás, Ecoener, and Carbon Royalty Corp. She is a member of the International Advisory Board of Investcorp. She is a visiting professor at the Edmund A. Walsh School of Foreign Service at Georgetown University and at the UM6P University, and she is a member of the governing bodies of several public and academic institutions. Ms. Palacio is a regular speaker at international conferences and a contributor to different publications, including a monthly column for Project Syndicate, and a weekly column for El Mundo (Spain).