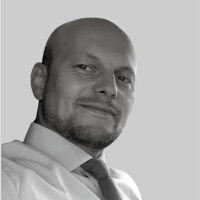 Associate Director and Head of the Europe´s Political Economy Programme at the European Policy Centre.EU

Georg Emil Riekeles is Associate Director and Head of the Europe’s Political Economy Programme at the European Policy Centre.EU

Before joining the EPC, Georg served as diplomatic adviser to the EU’s Chief Negotiator Michel Barnier and Head of strategy, media and diplomatic relations in the European Commission’s Taskforce for EU-UK negotiations.

Previously, Georg was an adviser for security and defence at the European Political Strategy Centre (EPSC), the European Commission’s in-house think tank. In that capacity he worked helped initiate and develop significant new Commission initiatives in the areas of defense as part of President Juncker’s programme, and worked on EU-NATO relations.

Georg also served as member of cabinet to Commission Vice-President and commissioner Michel Barnier in the period 2010-2014, working on single market reforms, industrial and digital policies, as well as inter-institutional relations in the context of the post-financial crisis regulatory agenda.

Before moving to Belgium, Georg worked in the French Ministry of Foreign and European affairs and Ministry of Agriculture and Fisheries, as well as in the private and non-profit sectors in France.

Georg holds a master’s degree in political science from l’Institut d’Etudes Politiques de Paris and studied economics and philosophy at the London School of Economics.

Besides Belgium and France, Georg has lived in the UK and the US. He is of Norwegian nationality and grew up in Oslo. Georg enjoys skiing, cycling and the outdoors.