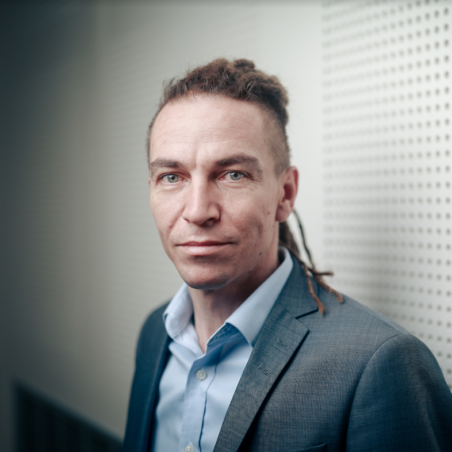 As a Deputy PM for Digitalisation, Ivan Bartoš´ portfolio consists of the digital transformation of the Czech governmental and public services, European digital affairs, digital cooperation with businesses and other topics of digital agenda. He is also responsible for the negotiations within the EU Telecommunication Council during the Czech Presidency of the Council of the EU. He also takes interest in topics of cybersecurity, digital education, and the protection of privacy in digital environment.

Ivan Bartoš stepped into the office in December 2021 and has been the leader of Česká pirátská strana (the Czech Pirate Party) for many years, as he was one of its founders in 2009. He has been a member of the Parliament of the Czech Republic since autumn 2017. He spent four years in the Chamber of Deputies as the chair of the Committee on Public Administration and Regional Development; in addition to this, he has also been involved in fields such as digitalisation. Apart from the political career, his professional path has included several posts at Czech and multinational IT companies, such as Newton IT, Monster Worldwide, and T-Mobile; he also launched the employment portal Air Jobs.

Ivan Bartoš was born in Jablonec nad Nisou in North Bohemia. At the age of seventeen he went to study in the United States, where he passed his final examinations. He then also passed the Czech school-leaving examination at the U Balvanu Grammar School in his home town. When he was nineteen he started to study at two universities in Prague: theology at the Hussite Theological Faculty, and information and library studies at the Faculty of Arts of Charles University. He eventually decided to focus more on information studies, in which he obtained a Ph.D. During his studies he returned once again to the United States, where he completed one semester at the Department of Computer Science at the University of New Orleans.

He is married and has two children. He speaks fluent English, and can get by in French and Russian.