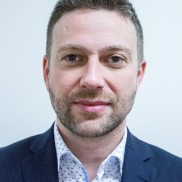 Vladimír Bartovic is the director of EUROPEUM Institute for European Policy. In 2014 he has been appointed external advisor – a member of the Group of External Advisors on the EU policies to the Minister of Foreign Affairs of the Czech Republic and a member of the Programme Council of the Czech – Polish Forum. In 2015 he has been elected member of the Board of Directors of PASOS – Policy Association for an Open Society. He graduated in international trade and international politics at the University of Economics, Prague, Faculty of International Relations. He also studied at University of Granada, Faculty of Political Science and Sociology. From 2011 to 2012 he served as a director of Strategic Planning and Analysis at the Department of the Ministry of Foreign Affairs of the Slovak Republic. He also worked as an editor in the Integrace magazine. He has been lecturing on topical EU issues at the Institute of Public Administration and the Czech National Bank. He co-operated with OSCE election missions in the Czech Republic, Slovakia and Kosovo.