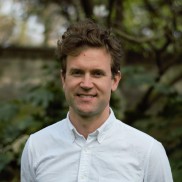 Adrian Gahan is an independent public affairs consultant, specialising in UK and EU politics. Adrian has 12 years of political experience in London, Brussels & Washington DC. From 2010-2017 he was Managing Director of Sancroft, a London and Washington DC based consultancy chaired by former Environment Secretary, John Gummer, Lord Deben.

Adrian was Special Adviser to Conservative MPs Greg Clark, Greg Barker and Charles Hendry from 2007-2010. He has also worked at BP Alternative Energy and with the Delegation of the European Commission to the United States. Adrian has a degree in European Studies from the University of Cambridge and is a dual British-Irish national.