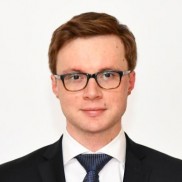 Prior to joining the Ministry of Foreign Affairs of the Czech Republic as a Deputy Minister, Aleš Chmelař worked at the Government Office as State Secretary for European Affairs of the Czech Republic. Before that he was a researcher in the field of financial markets at the Center for European Policy Studies (CEPS), the largest and oldest think-tank in Brussels. From 2014, he worked as head European analyst at the Czech Government Office and Head of EU Economic Policy Coordination. He is specialized in European economic and financial policy, the transformation of post-communist countries and the industrial strategy of Central Europe.