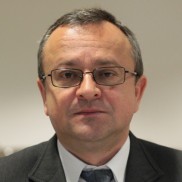 Alexander Duleba (1966) is the director of the Research Centre of the Slovak Foreign Policy Association (RC SFPA). He obtained the PhD degree in political science from the Institute for Political Sciences of the Slovak Academy of Sciences in 1998 and the Associate Professor (Doc.) degree from the Comenius University in Bratislava in 2009. From May 1993 until August 1995 he was an analyst with the Slovak Institute for International Studies at the Ministry of Foreign Affairs of the Slovak Republic. Since September 1995 he started to work as a research fellow for the RC SFPA; in May 2000, he became its director and simultaneously the head of the Center’s Eastern Europe research program. Since May 2010 he became also the lecturer at the Institute of Political Science of the Presov University.