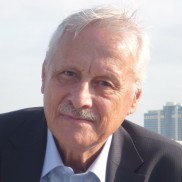 András Inotai is a former Director General of the Institute of World Economy (between 1991 and 2011). Between 1989 and 1991 he was a Member of Staff in the trade policy department at The World Bank in Washington D.C. He was also a professor in Peru (1972-73), Mexico (1980) and at the Columbia University in New York (2002). Inotai acted as the Head of the Strategic Task Force on European Integration in the Government of Hungary (1995-98). He is a member of various scientific and advisory councils and editorial boards of international journals. His books, research papers, policy-oriented studies and articles focus on developments in and future of the European Union, its enlargement, new member countries, impact of globalization, new regionalism, Hungarian economy or V-4 cooperation.