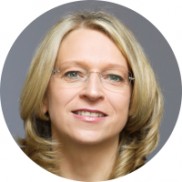 Dr. rer. pol. Annegret Bendiek (M.A., D.E.E.A) is a Senior Associate in the EU / Europe Division of the German Institute for International and Security Affairs (SWP). She specializes in European Common Foreign and Security Policy, European cybersecurity and data privacy and data security in the transatlantic relationship. From April until October 2014, she was seconded to the Policy Planning Staff of the German Federal Foreign Office, working on the project „Review 2014 – Außenpolitik Weiter Denken“. Between August 2013 and April 2014, she held a Robert Bosch Public Policy Fellowship at the Transatlantic Academy of the German Marshall Fund (GMF) in Washington D.C. She is currently leading a project funded by the German Foreign Office entitled »The challenges of digitalization for German Foreign and Security Policy«.