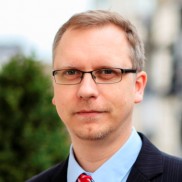 Anton Shekhovtsov is Visiting Fellow at the Institute for Human Sciences (Austria), Fellow of the Legatum Institute (UK), and General Editor of the “Explorations of the Far Right” book series at Ibidem-Verlag (Germany). His main area of expertise is the European far right, relations between Russia and radical right-wing parties in the West, and illiberal tendencies in Central and Eastern Europe. He is the author of the Russian language book New Radical Right-Wing Parties in European Democracies (Stuttgart, 2011), and co-editor of The Post-War Anglo-American Far Right (Basingstoke, 2014) and White Power Music (Ilford, 2012). He is also a member of the Editorial Board of Fascism: Journal of Comparative Fascist Studies, and published several academic articles in Journal of Democracy, Russian Politics and Law, Europe-Asia Studies, and Patterns of Prejudice among others.