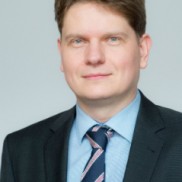 Mr Molnár has been Deputy State Secretary for EU affairs in the Prime Minister’s Office since 2016. Previously he worked at the Permanent Representation of Hungary to the EU, where he covered social policy and youth. Mr Molnár also served as the Hungarian delegate to the horizontal working group of the Council of the European Union from 2004 to 2016. He also has considerable expertise in international drug prevention policy, having been the National Drug Prevention Coordinator from 2008 to 2012 and having served in related roles at the Ministry of Social Affairs previously.