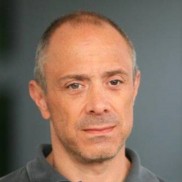 Brian Whitmore is Senior Russia Analyst at RFE/RL. He writes the Power Vertical blog, which focuses on Russian affairs, and hosts the Power Vertical Podcast. Prior to joining RFE/RL in 2007, Brian worked for eight years for the Boston Globe, first in the Globe’s Moscow bureau and later as Central and Eastern European correspondent based in Prague. Before this he was a political correspondent and columnist for The Moscow Times and its sister publication The St. Petersburg Times.