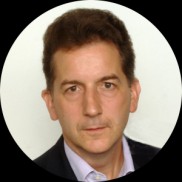 Chris Morris has been one of the BBC’s Europe correspondents since 2001. Chris joined the BBC in 1988 in the World Service radio newsroom. In the past few years, he has reported from Brussels, India, Turkey and previously also from conflict zones in Iraq, Israel and the Palestinian territories, and the Balkans. As a BBC Europe correspondent Chris covers European politics and diplomacy, as well as breaking news stories across the continent.