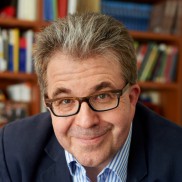 Christian Lequesne holds BA and MA degrees from Sciences Po Strasbourg and the College of Europe, Bruges. He then got his Ph.D. in political science and his Habilitation in Sciences Po Paris. Since 1988, he worked as a research fellow and then Professor at Sciences Po. He was also a deputy director of CERI, and later director of CERI. Furthermore, he worked as a director of the Centre français de recherche en sciences sociales (CEFRES) in Prague and as a professor at the European Institute of the London School of Economics. He is a regular visiting professor at the School of Government of LUISS University, the Diplomatic Academy in Vienna, and the Department of Social Sciences of Charles University in Prague.

He is currently Co-Chief Editor of European Review of International Studies, member of the editorial board of The Hague Journal of Diplomacy, Journal of European Integration and member of the scientific committees of Politique européenne and Etudes européennes. Moreover, he is member of the Scientific Board of the Institut für Europäische Politik (Berlin), the Fondation Robert Schuman and the Finnish Institute of International Affairs. Was awarded the F. Palacky social sciences medal by the Czech Academy of Sciences and Chevalier in the Ordre des Palmes académiques.