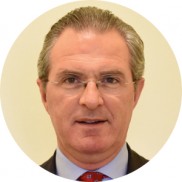 Chairperson of the OSCE Permanent Council

Clemens Koja was born on 19 July 1960 in Vienna. He served in the Austrian army as a reserve officer. From 1979 -1983 Koja studied law at the Universities of Salzburg and Vienna, obtaining a Dr.iur. In the following years he studied Catholic theology in Rome and Salzburg, obtaining a Master’s degree in 1993. In 1989 he joined the Austrian Foreign Service; his first postings abroad were at the Austrian Embassies in Warsaw, Rome and the Vatican. In the Foreign Ministry he worked mostly in the Southern European Department, of which he was the Director between 2003 and 2008. Later he served as Deputy Head of Mission in Madrid and as Ambassador in Belgrade (2008-12) and Ljubljana (2012-16). Since 6 July 2016 he is the Permanent Representative of Austria to the OSCE.