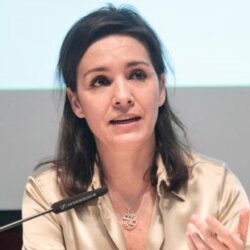 Cristina Lobillo Borrero has a degree on Law and post-graduate courses on Economics, the European Union Law and management and leadership in the ULB (Université Libre de Bruxelles), the Spanish School of Diplomats, the European Commission and Harvard Business School.

Since 2004 she is official in the European Commission where she has worked on Agriculture and Trade policies and from 2014 to 2019 she has been the Head of Cabinet to the ex-Commissioner for Climate Action and Energy, Miguel Arias Cañete. From December 2019 to June 2020, she has been Principal Adviser in DG AGRI and since 16 June, she is Director for Energy Policy in DG ENER in the European Commission.

Before joining the Commission, Cristina worked in the Spanish Administration and in the Universities of Córdoba and Alcalá de Henares.