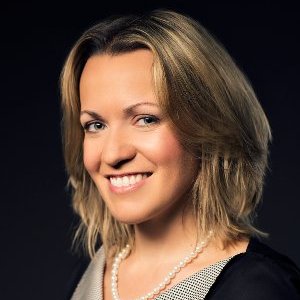 Head of the European Commission Representation in the Czech Republic

At present, she is Head of the European Commission Representation in the Czech Republic. Before taking up this position, she worked as the Acting Head of Representation of the EC to the Czech Republic; a Head of Political Sector as well as a Press Officer in the EC Representation. As regards her Brussels experience, she worked in the Directorate General for Communications Networks, Content & Technology (2012–2013) being in charge of relations with stakeholders. Before that she worked in the Secretariat General of the Commission, as a policy coordinator (2005–2006) and then in charge of Briefings for the President (2006– 2012). Earlier, she worked in the Directorate General Press and Communication (2002 – 2005). Dana Kovaříková studied at Masaryk University in Brno, where she obtained a degree in economics and in media studies and journalism; at Katholieke Universiteit in Leuven (Belgium), where she obtained a degree in Sociology of Social Change; and at Université Rennes 1 (France), where she obtained a Diplome franco-tcheque d´administration publique.