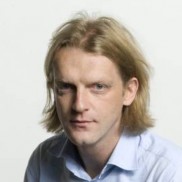 Daniel Kaiser graduated at the Faculty of education at University of J. E. Purkyně in Ústí nad Labem and German and Austrian studies at the Faculty of Social Sciences at Charles University Prague. During his studies Kaiser worked in a foreign-policy committee of the president’s office. Since 1998 he has worked at Lidové noviny, in the Czech office of BBC Radio, in 2009 he joined Lidové noviny again. He left MAFRA media group in September 2013 when it was bought by Andrej Babiš and wrote for a weekly magazine Reflex. Since January 2014 he has been a reporter for Echo24 and Echo magazine.