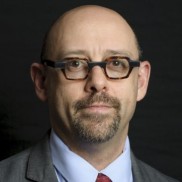 David M. Herszenhorn is chief Brussels correspondent of POLITICO. Before joining POLITICO, David worked for more than 20 years at The New York Times, as a reporter, Washington correspondent and foreign correspondent based in Moscow. During stints in Washington, D.C. from 2007 to 2011, and 2015-16, David covered Congress and US politics and policy, including coverage of the financial crisis in 2008, the bank bailouts and auto industry bailouts, the economic stimulus plan, the Dodd-Frank financial regulation overhaul, and the development and passage of the Affordable Care Act, aka Obamacare, as well as numerous budget fights and stand-offs over the debt ceiling. As a foreign correspondent based in Moscow from 2011 to 2015, David was responsible for coverage of the former Soviet Union, including Vladimir Putin’s return to the presidency, the white-ribbon street protests in Moscow, the Sochi Winter Olympics and the uprising and revolution in Ukraine, including the annexation of Crimea.

He started at The New York Times in 1991 as a copyboy, and later worked as a reporter throughout the New York City region. Assignments included: New York City police headquarters; City Hall; New Jersey; Connecticut; and the New York City public school system. Born and raised in Flushing, N.Y., David graduated from New York City public schools, including Townsend Harris High School in Queens, and later from Dartmouth College. He has served as a director of the Board of Proprietors of The Dartmouth. Inc., the daily student newspaper and also as chairman and president of the Townsend Harris Alumni Association. David lives in Brussels with his wife and three sons.