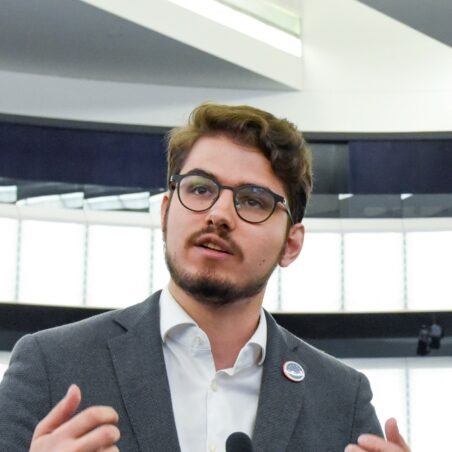 Policy Advisor at the Federal Union of European Nationalities

Dénes András Nagy is a Hungarian Europeanist. Dénes serves as a Policy Advisor on „Minority SafePack“ at the Federal Union of European Nationalities (FUEN). Minority SafePack is the 5th successful European Citizens‘ Initiative (ECI) in EU history, supported by 1,123,422 EU citizens, which calls for the establishment of an „EU Minority Rights Protection Framework“. Additionally, he is a Researcher focusing on ECIs at EUstrat, the Europe Strategy Research Institute of the University of Public Service of Hungary. He was the Co-Founder of Talos, an online civic platform that won the Hungarian national award of the 2019 European Charlemagne Youth Prize. His latest venture is the European Campaign Playbook, a networking platform for campaigners in Europe.