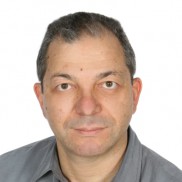 Dimitri Sotiropoulos is associate professor of political science at the Department of Political Science and Public Administration of the University of Athens. He has studied law, sociology and political science at the Law School of the University of Athens (LLB), the London School of Economics (MSc) and Yale University (MA, M.Phil. and Ph.D., awarded with distinction, 1991). In 2003 he was Senior Research Fellow at the Hellenic Observatory of the London School of Economics and in 2009-2010  Visiting Fellow in South East European Studies at the Centre for European Studies, St. Antony’s College, Oxford. He serves on the editorial board of the academic journals South European Society and Politics, European Political Science Review and the Greek Review of Political Science.