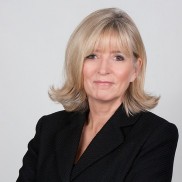 As a former journalist, author and political editor, Ms O’Reilly’s career has attracted significant domestic and international recognition, including a Harvard University Fellowship in 1988 and multiple national awards. She has written three critically acclaimed books on Irish politics and media and is a current member of the International Advisory Board of Harvard’s Nieman Foundation for Journalism.