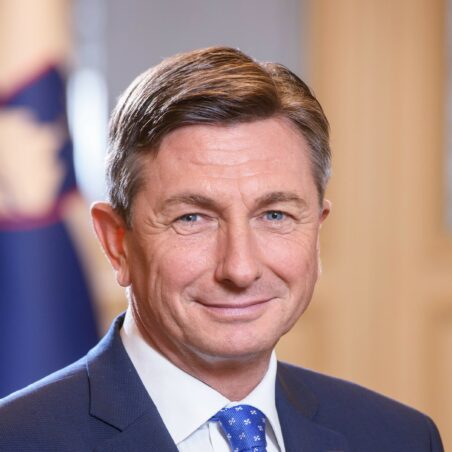 President of the Republic of Slovenia

President Pahor is a staunch believer in the ever closer Union, united, free, and in peace, that would – as soon as possible, include Western Balkans. President Pahor is the leader of the Brdo-Brijuni Process, a joint initiative by Slovenia and Croatia, formed as a driving force for political and overall development in Western Balkans and its Euro-Atlantic integration. Brdo-Brijuni Process recently marked its 10th anniversary.

He sees the future in a more closely integrated Europe, competitive in the global market and better equipped for coping with global challenges, such as climate change.

On the occasion of Europe Day 2021 and the start of the Conference on the Future of Europe, President Borut Pahor and President Sergio Mattarella were the initiators of the letter „Let’s Talk About Europe“ that was signed by all the Presidents of the EU Member States.