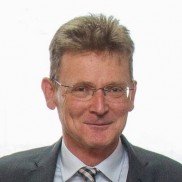 Nick Archer MVO was appointed Her Majesty’s Ambassador to the Czech Republic in January 2018. He joined the Foreign and Commonwealth Office in 1983. Mr. Archer served as a First Secretary in Oslo between 1995 and 1997, and as an Assistant Private Secretary to the Prince of Wales between 1997 and 2000. He then became a Head of FCO’s North Africa Department before moving to head FCO’s North Asia and Pacific Department where he remained until 2005. His Excellency Mr. Nick Archer occupied the post of a British High Commissioner in Malta for two years starting 2006. He was appointed Her Majesty’s Ambassador for Denmark in 2008. Between 2012 and 2014 he worked as a Director of Strategic Trade at the FCO. Prior to this appointment, Mr. Archer worked as a Managing Director for UK and Trade Investment.