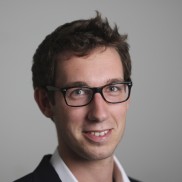 Henry Foy is the Financial Times Central Europe Correspondent, based in Warsaw. He covers Poland, Slovakia, Czech Republic and the wider CEE region for the world’s most trusted financial newspaper. He writes across the unfolding political, economic and business stories, delivering a global perspective on one of the world’s fastest-developing and most interesting regions. He has  interviewed Donald Tusk, Andrzej Duda, Robert Fico and Andrej Kiska and a range of other political and business leaders, and is one of the region’s most prominent correspondents and observers.

Previously the FT’s award-winning Motor Industry Correspondent, Henry Foy joined the paper after three years as a reporter for Reuters in New Delhi and Mumbai, India.