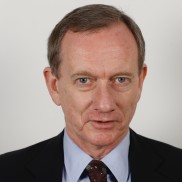 Iain Begg is a Professorial Research Fellow at the European Institute, London School of Economics and Political Science. His main research work is on the political economy of European integration and EU economic governance. His recent publications include on the future of EU cohesion policy, the EU budget, fiscal policy coordination in the EU and the economic consequences of Brexit. He has undertaken a number of advisory roles, including acting as an expert witness or specialist adviser on EU issues for the House of Commons Treasury Committee, the House of Lords European Communities Committee and the European Parliament.