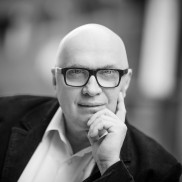 Chairman of the Board, Institute for Politics and Society

Jan Macháček is an analyst for the daily newspaper Lidové noviny. Before, he worked for Respekt, which he co-founded after the Velvet revolution. His main fields of interest are political economy, the Eurozone crisis, European integration etc. He publishes his daily online column, Monitor, for Lidové noviny. He teaches journalism at NYU Prague. During the communist era, he was a vocal dissent of the regime and is a signatory of Charta 77. He was involved in samizdat publishing and underground music culture. He is currently the Chairman of the Board of Trustees at the Institute for Politics and Society and formerly, he was the Chairman of the Board of Trustees at the Václav Havel Library. He has been repeatedly awarded as the best journalist in the country (for instance, he received the Ferdinand Peroutka Award in 2010).