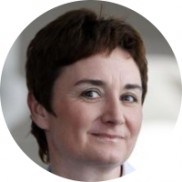 In the past, Jana Hybášková was an EDP (European Democratic Party) leader in the 2009 EU parliamentary elections. Before, she worked as a member of Steering Committee at the World Movement for Democracy (2005-2010), and Head of the European Parliament´s Delegation for the Relations with Israel (2004-2009).Between 1997 and 2004, she was an Ambassador of the Czech Republic to the States of Kuwait and Quatar (also covering Iraq), an Advisor to the Czech Secretary of State for European Affairs and an Ambassador in Slovenia.