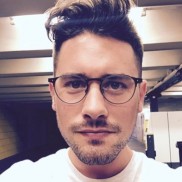 Jeremy Cliffe is Berlin Bureau Chief for The Economist and covers Germany and its neighbourhood. Before this he wrote the weekly “Bagehot” column on Britain. He has appeared on channels including CNN, NPR, BBC World, Al Jazeera, Arte, France 5, Deutschlandfunk and ZDF; and has written and presented documentaries for BBC Radio 4. Mr Cliffe previously worked at the European Parliament in Brussels and the Economist Intelligence Unit in New York. He studied at Oxford and Harvard universities. Mr. Cliffe specializes in Britain, Europe, Politics and Public Policy.