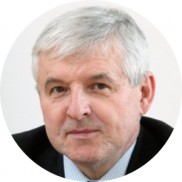 Governor of the Czech National Bank

Jiří Rusnok graduated from the Faculty of Economics at the University of Economics, Prague. He began his career in 1984 in the department of long-term outlooks at the State Planning Commission. Later he worked at the Federal Ministry for Strategic Planning as head of the Social Strategy Section and was employed for a short time at the Federal Ministry of Labour and Social Affairs. From 1992 to 1998 he served as an adviser and head of the Social-Economic Department of the Czechoslovak Confederation of Trade Unions. From August 1998 he held the position of Deputy Minister of Labour and Social Affairs, and from April 2001 to July 2002 he was Czech Minister of Finance. Between July 2002 and March 2003 he served as Czech Minister of Industry and Trade. From May 2003 to June 2013 he worked in the management of the insurance section of ING’s branch for the Czech Republic and Slovakia. In 2005–2012 he served as President of the Association of Pension Funds of the Czech Republic. At the same time, he was Chairman of the Board and General Director of ING PF, a.s. From 2006 to 2009 he was Chairman of the Committee for the Financial Market, an advisory body to the Czech National Bank Board. In 2009–2013 he was President of the Audit Public Oversight Council. In 2010–2013 he was a member of the government’s National Economic Council (NERV). From 25 June 2013 to 29 January 2014 he served as Prime Minister of the Czech Republic. The President of the Czech Republic appointed Jiří Rusnok a member of the CNB Bank Board with effect from 1 March 2014. The President appointed him CNB Governor for a term of six years with effect from 1 July 2016.