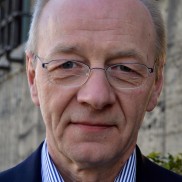 Josef Janning joined the European Council on Foreign Relations (ECFR) in April 2014 as Senior Policy Fellow in the Berlin Office. 2013/2014 he was a Mercator Fellow at the German Council on Foreign Relations. Prior to that he served as Director of Studies at the European Policy Centre in Brussels. Between 2001 and 2010 Josef has lead the international policy work as Senior Director of the Bertelsmann Stiftung, a major private German foundation. He has worked with leading think tanks in Europe, the US and Asia, and engaged in and lead various international study groups, high-level groups and commissions on European affairs, global governance, transformation to democracy, security and defence policy and transatlantic relations.