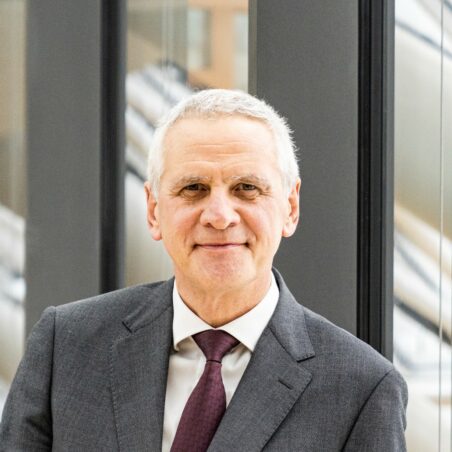 Vice-President of the European Investment Bank

Born in Belgium in 1962, Kris Peeters is currently Vice-President of the European Investment Bank. He graduated with a law and philosophy degree in 1986. Peeters also obtained a license degree in taxation at the Vlerick School.

Subsequently and before entering politics, Kris Peeters was a lawyer and held several managing positions at UNIZO, the Belgian Union of Self-Employed Entrepreneurs and SMEs.

In 2004, Kris Peeters became Minister for the first time in the Flemish Government, succeeding Yves Leterme as Minister-President three years later. During the period 2014-2019, Peeters was  Deputy Prime Minister and Minister of Economy, Consumer Welfare, and Labour.

Between 2019 and 2021, Kris Peeters was a member of the European Parliament, focusing notably on Internal Market & Consumer Protection, Justice & Home Affairs, and Defence & Foreign  Affairs, with a special interest in NATO-related topics.

Kris Peeters joined the EIB in January 2021 where he holds the Benelux seat in the Management  Committee. His oversight includes transport financing, financing of security and defense,  operations in the Benelux, relations with the European Parliament and NATO as well as operations in the ASEAN countries.