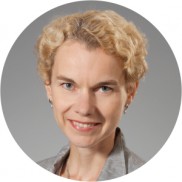 Dr Kristi Raik is a Senior Research Fellow at the Finnish Institute of International Affairs (FIIA) in Helsinki, Non-Resident Fellow at the International Centre for Defence and Security in Tallinn and Adjunct Professor at the University of Turku. Prior to joining FIIA in 2011, she served inter alia as an official at the General Secretariat of the Council of the European Union (Directorate General for External and Politico-Military Affairs, Unit of Eastern Europe and Central Asia), and as a Visiting Fellow at the Centre for European Policy Studies in Brussels and the International Centre for Policy Studies in Kyiv. From January to March 2015, Kristi was Acting Programme Director of the European Union research programme at FIIA.