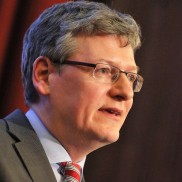 László Andor is Secretary General of the Foundation for European Progressive Studies (FEPS, Brussels). He was EU Commissioner for Employment, Social Affairs and Inclusion (2010-14) and beforehand member of the board of directors of the European Bank for Reconstruction and Development (EBRD, London). Following 2014, he was Head of Department and Associate Professor at the Department of Economic Policy at Corvinus University (Budapest). He also has been lecturing at Hertie School of Governance (Berlin), ULB (Brussels) and Sciences Po (Paris) and became member in various think tanks (EPC, RAND Europe, Friends of Europe). He was awarded Doctor Honoris Causa at Sofia University of National and World Economy and the Legion of Honour by the French President in 2014.