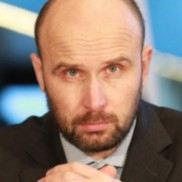 Polish civil servant & lawyer, former Minister of Environment of the Republic of Poland

Marcin Korolec is a lawyer, long-standing government administration worker, and negotiator. He was Polish Secretary of State for climate policy from 2014 to 2015, Minister of the Environment from 2011 to 2013 and Deputy Minister of economy (Minister for Trade) between 2005 and 2011. Between 2005 and 2015 represented Poland in more than 120 EU Council Ministers Meetings (Councils: Competitiveness, Energy, Trade, Environment, Climate). Marcin was President of the COP 19 in 2013 and also co-led the European Union’s delegation at the 2012 UNFCCC UN Conference in Durban. As an Advisor to the Government Plenipotentiary for Poland’s membership in the EU (1998 – 2004), he was responsible for such areas of negotiation as free movement of goods and people, agriculture, competition and consumer protection policies.

Involved in managing institutions concerned with environment and climate protection, both Polish and international, he has been a member of the Supervisory Board at the National Fund for Environmental Protection and Water Management 2010 – 2011. In 2011 he represented Poland in the Council of the International Renewable Energy Agency (IRENA). He established (2013) Green Weimar Triangle – cooperation between Environment Ministers from France, Germany, Poland.