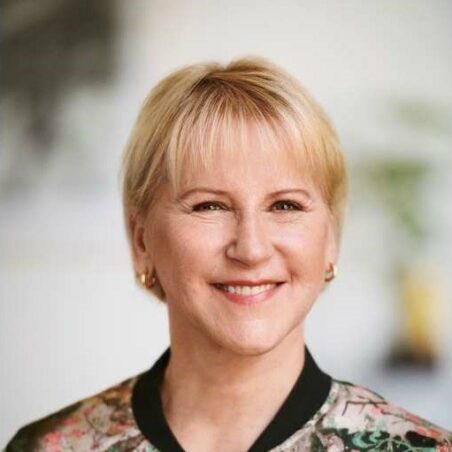 Ms. Wallström, a Swedish Social Democratic Party politician and diplomat, was Sweden’s Minister for Foreign Affairs from 2014 to 2019. She previously served as European Commissioner for the Environment from 1999 to 2004 and as First Vice President of the European Commission, responsible for institutional relations and communication strategy from 2004 to 2009. From 2010 to 2012, Ms. Wallström was the Special Representative of the United Nations Secretary-General on Sexual Violence in Conflict. She has served as Chair of the Board of Lund University, Chair of the Council of Women World Leaders Ministerial Initiative and as Board Member of the Global Challenges Foundation. She was Chair of the Board of Advisors of the International Institute for Democracy and Electoral Assistance (IDEA) in 2014 and a Member of the Board from 2011 to 2014. Ms. Wallström has received honorary doctorate degrees from the Chalmers University of Technology, the University of Massachusetts Lowell, Umeå University, and Mälardalen University.