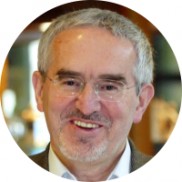 Ambassador (Rtd) Martin Bútora was the advisor to President of Slovak Republic Andrej Kiska (from June 2014 to June 2019). He is the founder and honorary president of the Institute for Public Affairs in Bratislava established in 1997. In 1990 – 1992 he served as advisor for human rights to President Václav Havel. From 1999 to 2003, he was the Ambassador of Slovakia to the United States.

Amb. Butora holds a PhD. in Sociology from Charles University in Prauge. He taught at Charles University, Trnava University and University of Economics in Bratislava. He writes on civil society, foreign policy, and democratic transformation. In the last years, he co-authored and/or co-edited Visegrad Elections 2010: Domestic Impact and European Consequences, 2011; Active Citizenship and Nongovernmental Sector in Slovakia, 2012; Alternative Politics? The Rise of New Political Parties in Central Europe, 2013; Collective Defence and Common Security. Twin Pillars of the Atlantic Alliance. Group of Policy Experts report to the NATO Secretary General, 2014.

Ambassador Butora is the recipient of the Democracy Service Medal from the National Endowment for Democracy (1999), Crystal Wing Award for diplomatic achievements (2002), and Knight’s Cross of the Order of Polonia Restituta (2011). He served as Human Rights Advisor to Czechoslovak President Vaclav Havel (1990–1992).