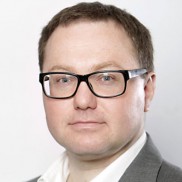 Martin Ehl has been working as reporter of Czech economic daily Hospodářské noviny since 2001 and as Chief International Editor of the same daily since January 2006. Previously, he has worked in various Czech media. His regular column on Central Europe has been appearing in the English internet magazine Transitions Online since April 2011. His column was awarded with „Writing for Central Europe“ prize in Austria in 2012. He has also been co-editor of Visegrad Insight magazine. Moreover, he cooperated with British Monocle24 internet radio station and with public Czech TV, public Czech radio and publishes articles also in Austrian, Serbian, Slovak and Polish press. In 1999 he worked as research fellow at the Institute of international relations in Prague. In 2001-2006 he worked as lecturer at the University of West Bohemia Pilsen and between 2009 and 2011 he lectured at the Metropolitan University Prague. Furthermore, he is author of the recently published e-book of columns „Middle Europa”, the book „The Third Decade: On life, politics and people between Brussels and Gazprom“ and co-authored the book „Globalization: pro and contra“ as well as two textbooks on political system of South Eastern Europe, globalization and development.