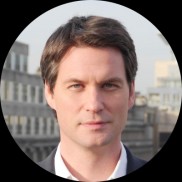 Max Hofmann has been Deutsche Welle’s (DW) Brussels bureau chief since 2014. In his role, he has covered the EU Council Summits, the Paris attacks, COP 21, and the migration crisis, among other news stories affecting Europe.

Since joining Deutsche Welle in 2004, Hofmann has worked as the station’s senior North America correspondent, a host for DW-TV, an editor, and as the news anchor for the ‘Journal’ program. In 2010, he was awarded the RIAS- Prize for New Media in 2010 along with the journalist Christoph Lanz for the animation “Walled In.” Hofmann has master’s in journalism and communications.