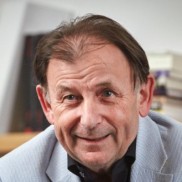 Michael Žantovský is a diplomat, politician, writer, and translator. He studied psychology at Charles University in Prague and McGill University in Montreal, Canada and worked as a research psychologist. From 1980, Mr. Žantovský worked as a freelance translator and author. He has translated into Czech more than 50 works of contemporary English and American fiction, poetry, drama and nonfiction. He was a contributor to the samizdat press and the Prague correspondent for Reuters, the international news agency. In &nbsp;1989 he was a founding member of the Czech chapter of P.E.N., the international organization of writers and translators that had been banned in Czechoslovakia during the Communist era. In November 1989 he was a founding member of the Civic Forum, an umbrella organization that coordinated the overthrow of the Communist regime, and became its press spokesman.&nbsp; In January 1990 he became the Spokesman and Press Secretary for President Václav Havel. In July 1992 he was appointed Ambassador to the United States. In 1996 he was elected to the Senate of the Parliament of the Czech Republic and served as the chairman of its Committee on Foreign Affairs, Defense and Security. He served as the Czech Ambassador to Israel from 2003 till 2009. From 2009 till August 2015, he was the Ambassador of the Czech Republic to the Court of St. James’s. He is a regular contributor to World Affairs Journal and Aspen Review Central Europe. Since 2012, he has served as the President of Aspen Institute Prague. His biography of his longtime friend Václav Havel: A Life was published in English, Czech and several other languages in November 2014 to high acclaim. On September 1, 2015, Mr. Zantovsky became Executive Director of Václav Havel Library in Prague.