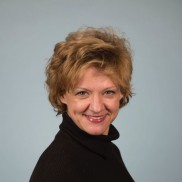 Monica Frassoni has been co-chair of the European Greens since October 2009. She is also the president of the European Alliance to Save Energy (EU-ASE), a multi-stakeholder organisation advocating in favour of energy efficiency legislation, and the European Centre for Electoral Support, a foundation implementing projects of electoral assistance in developing countries. In 1999 she was elected MEP with Ecolo, and in 2004 with the Federazione dei Verdi. Between 2002 and 2009 she was co-President of the Greens with Daniel Cohn-Bendit. As MEP she focused on the implementation of European law, citizen participation, the role of lobbies, infraction procedures.