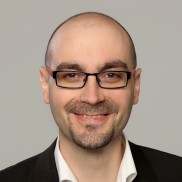 Dr. Nicolai von Ondarza is Head of the Research Unit EU/Europe at the Stiftung Wissenschaft und Politik (SWP). He previously worked at the Bundeswehr Institute for Social Sciences and the European University Viadrina of Frankfurt Oder. He is currently a lecturer in the Postgraduate Programme European Studies organized jointly by the three Berlin Universities. At SWP, his expertise focuses on governance of the European Union, British EU politics and the EU’s Common Security and Defence Policy. Recent publications include „Brexit by Brussels“, „Reforming the European Parliament“ and „Euro-sceptics in Power. Integration-critical Parties in the European Parliament and National Governments.“