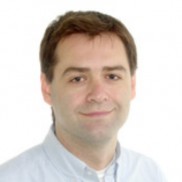 Nicu Popescu is senior analyst at the EU Institute for Security Studies in Paris where he works on Russia and the eastern neighbourhood of the EU. He previously worked as advisor on foreign policy and EU affairs for the prime minister of Moldova (2010, 2012-2013). Prior to this, he worked as head of programme and senior research fellow at the European Council on Foreign Relations in London (2007-2009, 2011-2012), and as a research fellow at the Centre for European Policy Studies in Brussels (2005-2007). He holds a PhD in International Relations from the Central European University in Budapest, Hungary. He is author of a book on EU Foreign Policy and the post-Soviet Conflicts: Stealth Intervention (Routledge, 2010) and co-editor of Democratization in EU Foreign Policy (Routledge, 2015).