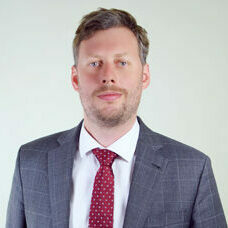 Dr. Ondřej Ditrych holds degrees in International Relations from University of Cambridge (Mphil.) and Charles University in Prague (Ph.D.) where he is now an academic fellow and becoming the director of the IIR, was in charge of coordinating D. CENT Karl Deutsch Centre for International Political and Social Research at the Department of International Relations. He has gained valuable experience as the Fulbright research fellow at Belfer Center, Harvard University, a visiting researcher at CERI, Sciences Po, Paris and SWP Berlin, an associate fellow at European Union Institute for Security Studies (EUISS) and an analyst for NATO SHAPE.

In his current research, he explores terrorism and revolutionary violence in global politics, NATO and European security, ethnopolitical conflicts in the Post-soviet space, and global trends and their analysis and forecasts.

Dr. Ditrych is the author of more than forty academic articles, monographies and book chapters. His articles have been published in leading impacted journals in the field of International Relations. His latest book, Tracing the Discourses of Terrorism: Identity, Genealogy, and State, was published by Palgrave Macmillan (2014). Dr. Ditrych has taken part in a number of collective research projects, as well as expert analyses for the Ministry of Foreign Affairs of the Czech Republic, EEAS or the European Parliament. He is currently a principal investigator of PRIMUS 17/HUM/24 Hybrid Revolutionary Actors in Global Politics (2018-) and a senior researcher in an interdisciplinary center of excellence UNCE Violence, Trauma and Justice (2018-).