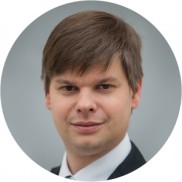 Digital Agenda Coordinator, Office of the Government of the Czech Republic

Ondřej Malý is the coordinator for digital agenda in the Czech Republic. He was appointed by the Czech government in April 2017. His role is to coordinate the communication among the Czech administration, social partners, and the business sector in the area of the digital agenda. He graduated from the Faculty of Social Sciences of Charles University, Prague, with a focus on journalism and American studies. He also studied at University of Helsinki, Renvall Institute. From 2012 to 2015, he served as a Member of the Council of the Czech Telecommunication Office. He also worked as a journalist in Lidové noviny and Hospodářské noviny with the specialization in IT and telecommunication.