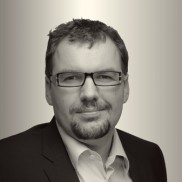 Peter Szenasy is an international energy expert and founder of EPDOR (Prague, Czech Republic and Paris, France), a private company focusing on the latest available technologies in energy and ICT.

Over the past two decades, he has held several leadership positions in the energy industry in Central Europe. His career includes various executive leadership with Czech energy operator CEZ. At some point in his career he worked as a member of the statutory body of a new project for a nuclear power plant in Slovakia, an energy company in Bulgaria and a traditional Czech engineering company Škoda Praha. Finally, he focused on implementing modern IT applications to support large capital projects. In 2013, his ICT project was among the 5 best IT projects in the Czech Republic.

EPDOR was founded in 2015 on the initiative of Peter Szenasy and Grant Thornton Advisory. Peter is the executive partner of EPDOR and its majority shareholder. Although it is committed to the traditional energy industry, its goal is to become a consultant in the new energy industry by seeking new opportunities and projects for smart environmental technologies for energy efficiency, emission reductions, the environmental impact of self-driving vehicles, the Internet of Things applications for energy sector or hydrogen as an alternative energy source. The company has achieved double-digit growth every year since 2015 and established a branch in France in 2018. In 2019, EPDOR became the finalist of the Franco-Czech Chamber of Commerce Award in the „Business Story“ category.

Peter received B.A. with honors at Lewis and Clark College in Portland, Oregon, USA and M.B.A. from the Rochester Institute of Technology. Peter speaks four languages and has participated in several training programs, including seminars at Harvard Business School and INSEAD