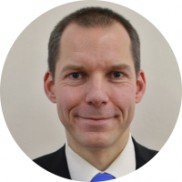 Petr Kratochvíl is the Senior Researcher of the Institute of International Relations and a lecturer at several Czech universities. He is the Chairman of the Academic Council of the Diplomatic Academy of the Ministry of Foreign Affairs of the Czech Republic as well as a member of a range of academic and scientific councils. Petr Kratochvíl represents the IIR in various international associations such as the Trans European Policy Studies Association or the European Consortium for Political Research.

He has published extensively on European integration, EU-Russian relations, institutional reform and the EU enlargement, the role of religion in international affairs, and international relations theory.  The book The European Union and the Catholic Church: Political Theology of European Integration, co-authored by Tomáš Doležal and published in 2015 by Palgrave Macmillan, is one of the latest examples of his research activity. He is also often called upon to present his analyses by various Czech and foreign media.