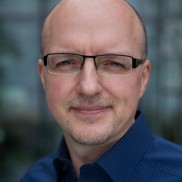 After 30 years of a successful business IT career, Petr helps innovative teams in the field of Artificial Intelligence technology to grow into self-confident companies with global ambitions. He provides advice on fundraising, strategy and product management. He advise companies for cooperation with AI startups and help universities to engage in such ecosystem. He works closely with several AI startups.

„There is no room for borders between countries in the field of artificial intelligence. Our borders are limited only by our courage and curiosity, and every day they are moved.“ says Petr Šrámek.

Petr has been featured in the group of 28 AI leaders in the flagship WIPO study next to Nick Bostrom, Frank Chen, Martin Ford, Kai-Fu Lee, Andrew Ng, Ben Lorica and others. (https://www.wipo.int/pressroom/en/articles/2019/article_0001.html)

Petr is a co-founder of the Platform on Artificial Intelligence at the Confederation of Industry of the Czech Republic, a partner of the European Commission. He is a member of Peter Diamandis´s organization Abundance 360, Entrepreneur in Residence at Singularity University and High Commissioner for Czech Republic in the World Business Angels Investment Forum (WBAF).