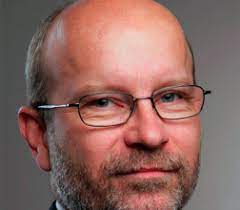 Honorary Chairman of Board, GLOBSEC

Ambassador Rastislav Káčer has become Ambassador of Slovakia to Hungary in October 2013. He has served as President and Chairman of the Slovak Atlantic Commission since 2008, after completion of his five-year term in Washington D.C. as Ambassador of Slovakia to the United States. Prior to this, Mr Káčer served at different decision-making levels for 16 years. He began his career as a policy analyst at the Ministry of Foreign Affairs, rising to Head of the Analytical Unit. Between 1994 and 1998, he served at NATO headquarters in Brussels and on his return from Brussels became Head of Policy Planning Staff and Director General for Security Policy and Multilateral Affairs at the Ministry of Foreign Affairs. In 2001, he became Secretary of State at the Ministry of Defence responsible for the negotiation and accession process of Slovakia to NATO. In July 2008, Mr Káčer was elected President of the Slovak Atlantic Commission, which is a member of the Atlantic Treaty Association. He is widely recognised as an expert on U.S. domestic and foreign policy, transatlantic relations, defence and security issues.